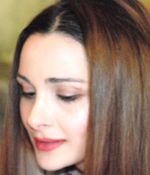 She has born in 18 February 1982, Georgia. After finishing the high school in Antalya College Fine Arts, she proceed her education in Paris, France.

2011 Chatelet, Theater, Foyer – Director of stage of DUO and to make a participation of group consisted from fifteen artist